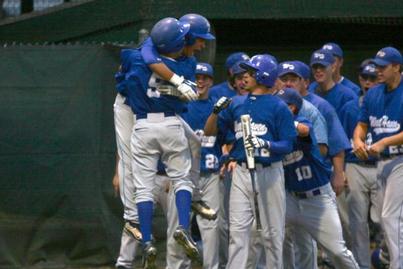 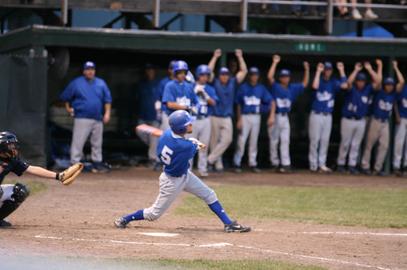 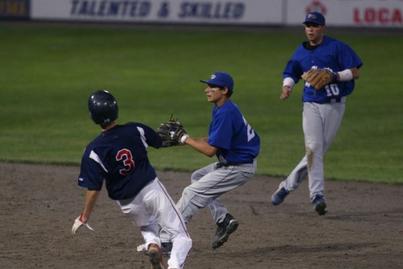 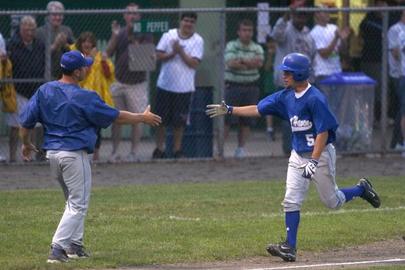 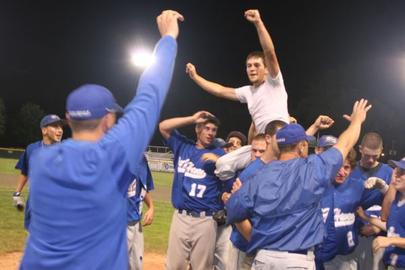 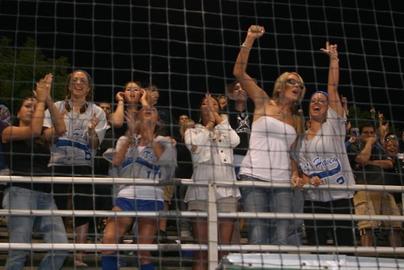 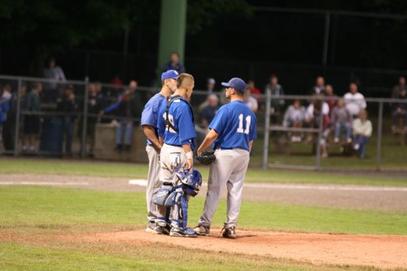 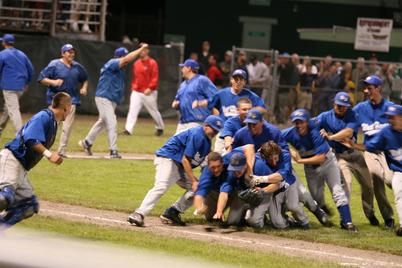 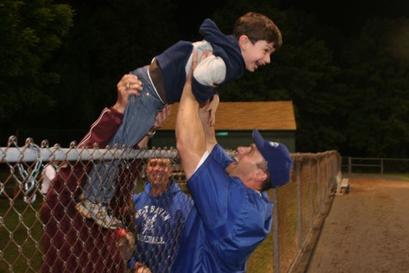 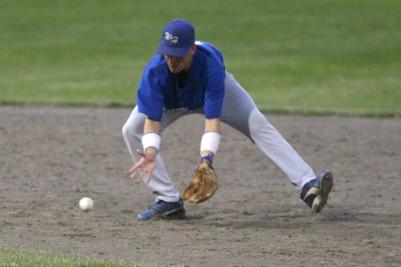 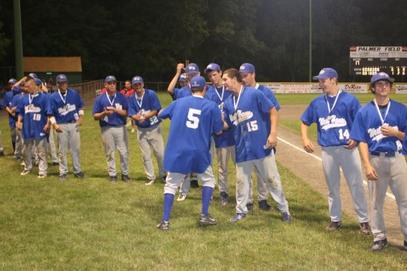 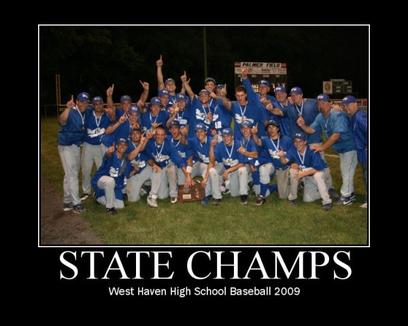 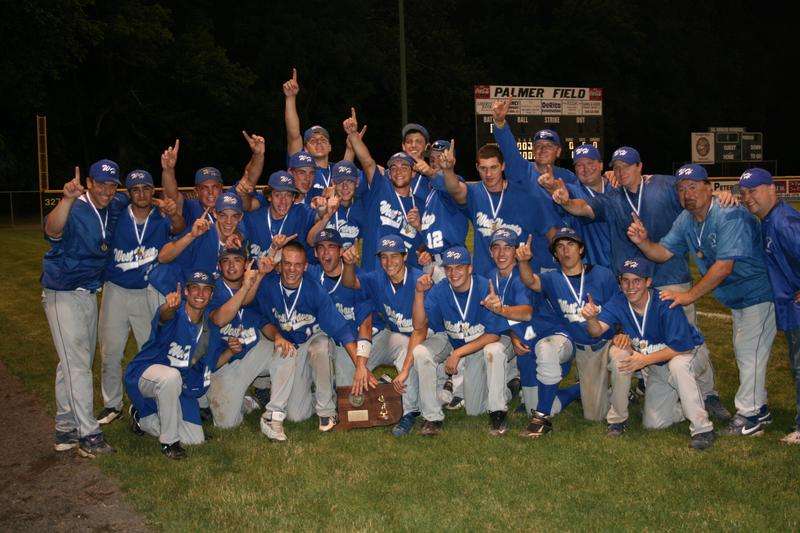 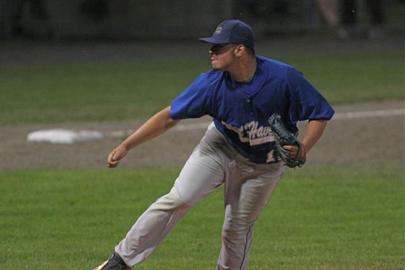 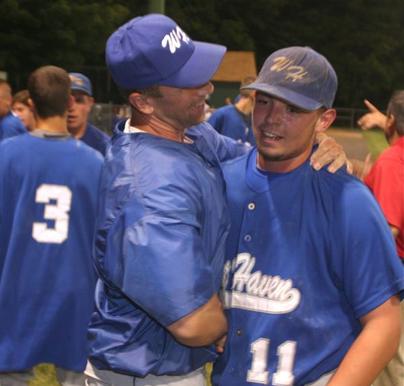 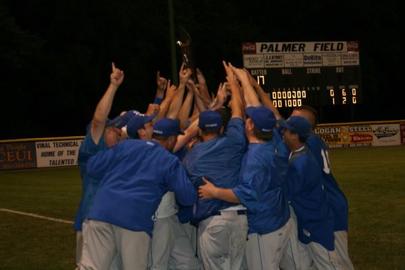 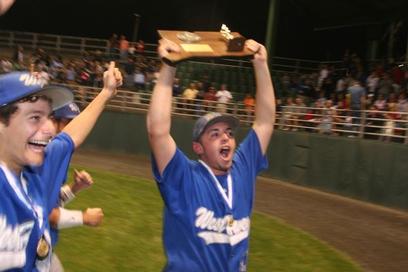 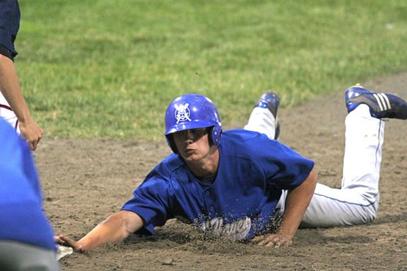 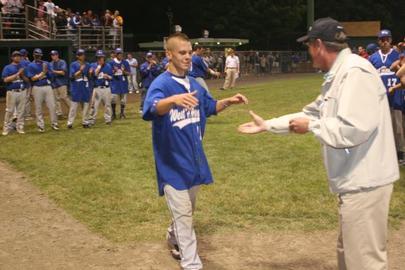 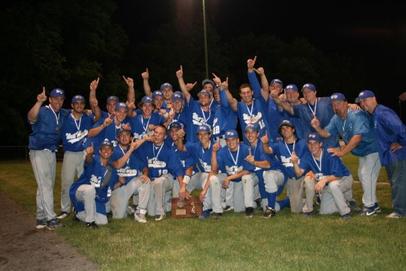 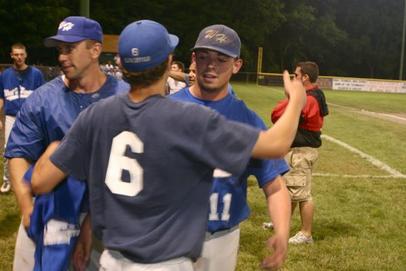 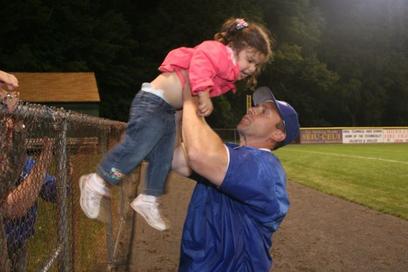 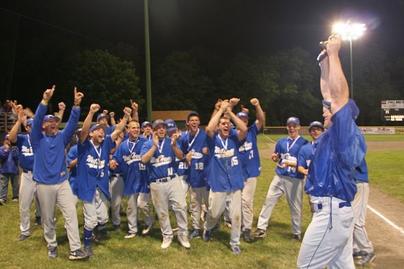 By MIKE MADERA
MIDDLETOWN – West Haven pitcher Tom Lawrence has had a workhorse attitude since he stepped on the field at West Haven High four years ago. Never has he proved this more than the last week of the CIAC state tournament.
After throwing 146 pitches in 10 innings of work through the first two rounds of the Class LL tournament and adding 113 more in the quarterfinal win over Cheshire, Lawrence came back on three days rest to defeat Shelton 3-2 in the semifinals at Palmer Field. The semifinal contest saw Lawrence throw 117 more pitches, clearly without his best stuff.
The powerful senior showed smarts throughout the game, locating his pitches and keeping the Gaels off balance. Lawrence seemed to get stronger in the final three innings, at one point striking out three of four batters.
“As the game went on, I actually felt stronger,” Lawrence said. “My curve and slider looked good.
“This is big. West Haven has been kind of down a bit but we want to turn that around. This (reaching state championship) is awesome. It is something I have dreamed about since I was 10.”
With a 3-2 lead, Lawrence had one more hurdle to conquer in the seventh inning before West Haven could play in its first title game since 1994, a loss to Carl Pavano and Southington. That hurdle included facing the top of the Gael batting order.
Lawrence responded. He got speedy leadoff hitter Mike Sarni on a comebacker to the mound before yielding a single to Eric Christensen.
A passed ball by catcher Todd Tompkins allowed Christensen to go to second but Lawrence got the second out by striking out Gael starting pitcher Dan St. George. The game would end in fitting fashion with the ball in Lawrence’s hands as a grounder to first baseman Mark Correia was flipped to Lawrence for the final out.
Lawrence finished the game allowing nine hits and striking out six. The Westie ace walked just one batter.
“He (Lawrence) was a pitcher tonight,” West Haven coach Mike Anquillare said. “He worked in and out and he was tough right to the end. He scattered their hits.
“He wanted the ball. When your ace wants the ball, you give it to him. He is a gutsy kid.”
The game did not start in fine fashion for the Westies as an error by Correia led to a first inning run by the Gaels. Sarni led off by reaching on the error, stole second with one out and scored on St. George’s single to center. Lawrence escaped damage with two runners on by getting Jim Pjura on a grounder to John Ascenzia at second.
While Lawrence was the obvious star of the game, the play of Dave Riccio may have won it. From the opening pitch, Riccio was on his game at bat and in the field.
His biggest play, however, took place without a glove or bat in his hand. With the Westies trailing 1-0 in the bottom of the first, Ascenzia hit a one-out single and Riccio walked. When Lawrence hit what looked to be an inning ending double play ball, Riccio saved the day.
His hard slide into second forced Sarni into a bad throw which Nick Georgalas could not handle at first. Instead of an inning ending double play, Ascenzia scored to knot the game at one. Tony D’Addio followed with a single and Correia singled to center, scoring Lawrence for a 2-1 lead.
“That was huge,” Anquillare said. “It was huge to get an early lead. They got a run and we answered right back. We talked about that half inning after they score and I thought we did a nice job to get that run back.”
West Haven added another run in the second off St. George which would prove to be the winner. Kevin Croce opened the inning by reaching on Andy Price’s error at third and moved to second on a sacrifice by Rich Pyrdol. Tompkins followed by lacing a single by Georgalas at first to score Croce for a 3-1 lead.
Riccio helped preserve the lead in the third when he made an off balanced throw to nail Christensen to open the inning. That play would loom large as Georgalas hit a two-out triple and scored on Mike Manzo’s single. Instead of a tie game, West Haven held a one-run lead.
While St. George was settling down, Riccio would save the game in the fifth. His off-balanced throw on a chopper by Sarni barely got the leadoff batter to start the inning.
Riccio’s play was big as Christensen reached on Lawrence’s error and St. George reached on an infield single. After Georgalas popped to first for the second out, Manzo hit another single to load the bases. On his 86th pitch of the night, Lawrence blew a fastball by Pjura to end the inning.
“It (Sarni’s grounder) was a slow chopper,” Riccio said. “We work on that day in and day out. It was the same play Coach (Anquillare) works with us on I just took my time. It is all about composure in a big game. We have to make the plays.
“It feels tremendous. I grew up with these guys in Little League, Babe Ruth and (American) Legion. There is no better group I could ask for than these guys. I love every one of them.”
The fifth inning would prove to be the turning point as St. George allowed only two runners before hitting Correia to lead off the sixth. Peter Jay relieved and got Mike Binkowski to hit into a double play after Binkowski twice failed to sacrifice. Jay threw six pitches in the inning, all for strikes.
Georgalas led Shelton with a single and triple while Manzo had two hits and drove in a run.
“We have been talking about this (playing in a state championship) for years,” D’Addio said. “It is just unbelievable. We have a chance to achieve our goal.” 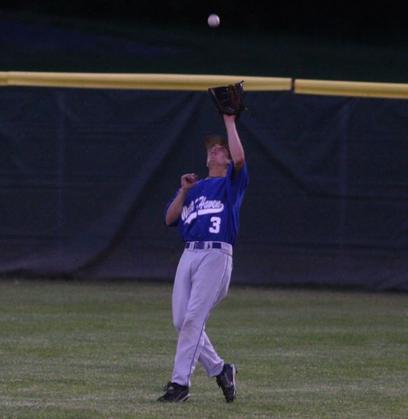 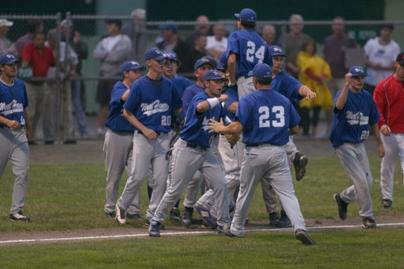