The boys topped Lyman Hall and East Haven, but fell to Hand, which was undefeated on the day. Despite losing all three team meets, the girls had improving times. For the girls, junior Amanda Gullo placed ninth at 25 minutes, 50 seconds.

Third Overall
Westies run well in Cheshire
By MIKE MADERA
Westie Blue
(September 21, 2021) - The West Haven boys cross country team placed third Tuesday afternoon in a meet at Cheshire, which also included Jonathan Law and Wilbur Cross.
The Rams (30) were first, Cross (33) was second, West Haven (84) was third and Law (98) was fourth.
The top runners for the boys were senior Alex Potter in 19 minutes, 20 seconds, and sophomore Matt Pagan in 19:30. Pagan improved his time by one minute in one week.  Senior Justin Rodriguez also ran well in 19:58.
The girls did not score as a team as they did not have five runners finishing the race. Junior Amanda Gullo was seventh in 23:55, dropping her time two minutes off last week’s time. 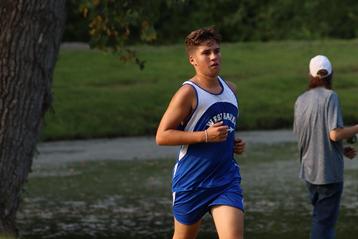 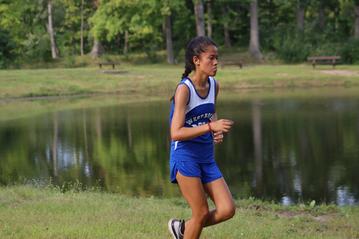