Player of the Week

​The West Haven volleyball team posted a pair of victories in three contests this week. Senior Bria Stanley helped lead the way. In a stretch of those three games, Stanley finished with a total of 26 kills, 22 aces, and eight digs.
The senior had 11 aces and eight kills in a win over Bassick, added 12 kills, five aces, three digs, and two blocks in a loss to Mercy, and finished with six aces, six kills, five digs, and three blocks in a victory over Hillhouse.

Mackenzie Gardner(19)
Junior
Girls Soccer
After a slow start, the West Haven girls soccer team is starting to heat up. One of the main reasons has been Mackenzie Gardner. The junior goalkeeper has raised her level of play and has helped the Westies post three consecutive shutouts in a 1-0-2 stretch.
Gardner made nine saves in a 1-0 victory over Sheehan, made another seven saves in a scoreless draw with Hand and added one save in another scoreless draw with East Haven.

Giliana Santaniello (15)
Senior
Girls Volleyball
The West Haven volleyball team is making its move towards a postseason berth. One of the key reasons is Giliana Santaniello. The senior had a stellar three-game stretch where she ran the offense with 39 assists, and added 15 digs, six kills, and five aces.
Santaniello had 18 assists and 11 digs to go along with three aces and three kills in a win over Lyman Hall, and added 15 assists, two digs, two kills and two aces in a win over Foran.

Aldo Barragan (10)
Junior
Boys Soccer
In a week which saw the Westies post a pair of victories and improved to 5-3-1, junior Aldo Barragan was one of the key contributors. Barragan finished the week with four goals and three assists as the Westies inched closer to a playoff spot.In a loss to Coginchaug to open the week, Barragan scored West Haven’s lone goal. The junior added a pair of goals in a 3-0 win over Jonathan Law, before scoring a goal and adding three assists in a 7-0 victory over East Haven.

Julia Tsakonas (32)
Freshman
Girls Soccer
In a season in which the Westies are looking to run deep into the postseason, coach Pete Trenchard has received contributions from the entire team. Julia Tsakonas has made an immediate impact.
The freshman continued her stellar start to the season with another fine effort in West Haven’s win over Career/Hillhouse. Scoring three times and adding an assist, Tsakonas led the Westies to a 7-1 victory.Tsakonas has seven goals and three assists in 11 games played thus far for the Westies.

Jaden Grant (6)
Junior
Football
As the West Haven football team is looking to rebound from three losses against tough opponents to start the season, the Westies have turned to some core players. The result has been a pair of victories, including a 27-13 victory over Norwich Free Academy Friday evening.
One of those key players is Jaden Grant. The junior was all over the field on Friday, rushing for 97 yards on 25 carries. With the increased workload came more opportunities to score, and Grant capitalized with touchdown runs of 6, 11, and 3 yards.

Noelle Noble (7)
Senior
Girls Volleyball
As the postseason approaches, the West Haven volleyball team is heating up, winning four of its last five matches. Leading the way in this run has been Noelle Noble.
The senior’s steady play has been a big part of the run. In a pair of contests last week, Noble had 17 digs, eight kills, and three aces.West Haven opened the week with a 3-1 win over Hamden. Noble played a key role in the road victory with 11 digs and six kills. In a 3-1 win over North Haven, Noble again came up big with six digs, three aces, and two kills.

​
Andre Rentas (2)
Senior
Football
A battle between city rivals always brings out the best in players. Andre Rentas did not disappoint in a thriller against Notre Dame.
Despite losing 41-35, Rentas was tough to contain for the Green Knights as he ran for three touchdowns and threw another. Rentas scored on runs of 1, 53, and 56 yards, while he threw a touchdown pass of 33 yards.

The West Haven girls basketball team is off to a 4-1 start with a complete team effort through five games. One of the key components to the quick start has been the play of freshman Amani Abuhatab.

Scoring in double digits in each of the team's first five games, Abuhatab continued her hot start in victories over Amistad and Cheshire.

In a win over Amistad, the freshman scored 19 points, including a pair of 3-pointers, then followed up with 22 points in another victory over Cheshire.

In three games, the West Haven senior scored nine goals and added two assists as the Westie Sharks opened the season with an 8-0 record.

Nowak is closing in on 100 career goals.

As the West Haven/Sacred Heart Academy girls hockey cruises to a 9-0 start, senior Jianna Cohrs continues to be one of its top players. Cohrs did not disappoint this week.

In a pair of WH/SHA victories, Cohrs recorded four goals and added two assists as WH/SHA defeated Masuk and Branford.

The West Haven boys basketball team is looking to make a run deep in the state tournament. One of the key reasons this may happen is the play of junior Malcolm Duncanson.

In two games this week, Duncanson scored 46 points. The junior opened the week with 17 points in a win over Jonathan Law, then scored 29 points in a loss against rival Notre Dame.

​With a few short weeks left in a storybook career, WH/SHA senior Megan Froehlich is enjoying every minute of it. As one of the team's top players, Froehlich joined elite company this past week when she scored her 100th career point in an 8-3 win over Hamden/Lyman Hall/Wilbur Cross.

Froehlich had two goals in the milestone contest, then followed up with two assists against Darien and one assist against Simsbury.

As the regular season comes to a close, the West Haven hockey team is looking to get on a hot streak.

Senior Kevin Moriarty is starting to heat up. In three games this past week, Moriarty recorded nine points.

Jared Pliszka is the Vio’s Sports Plus/Westie Blue Player of the Week. The West Haven senior goaltender has been tremendous all season, and was nothing short of sensational in a 1-1 tie with Xavier. Pliszka finished with 50 saves in the contest, including numerous saves in the third period and overtime, giving the Westies a chance to earn a possible victory. 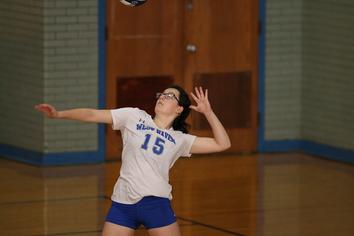 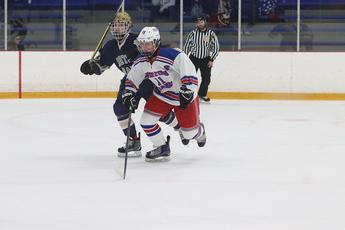 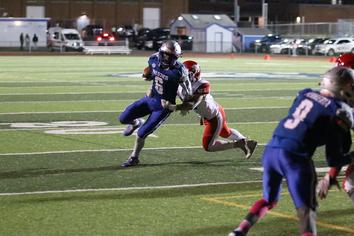 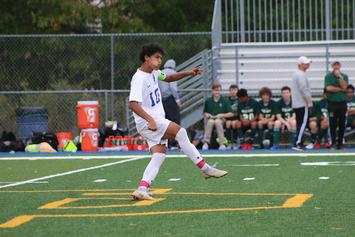 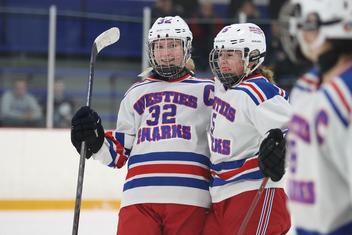 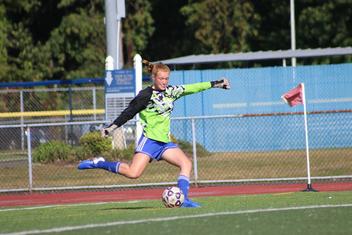 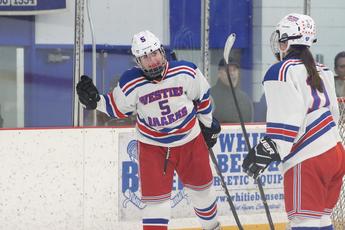 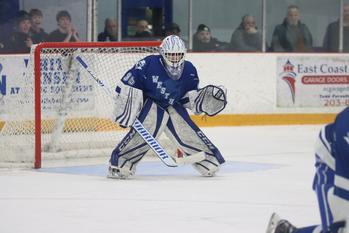 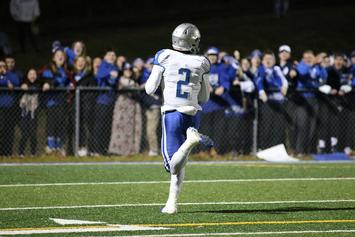 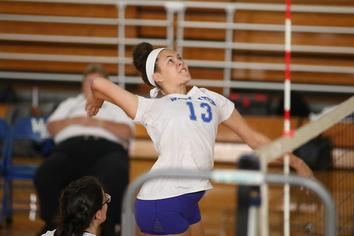 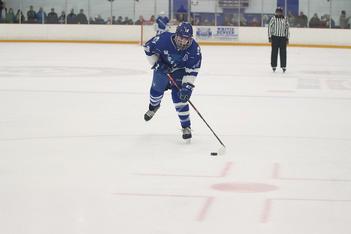 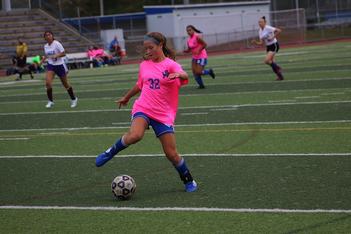 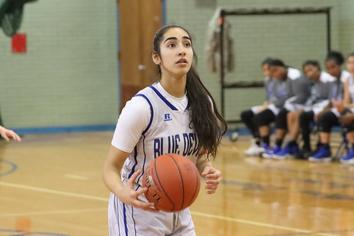 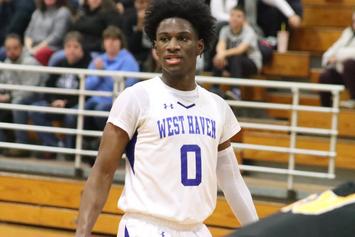 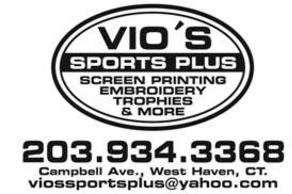 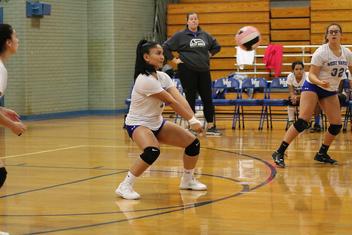