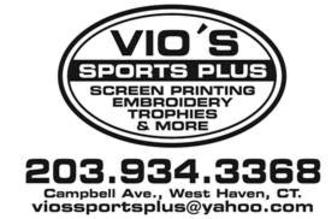 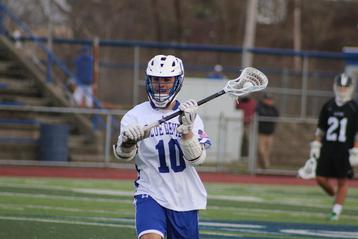 Westies fall to Xavier
WH falls 17-1 in home opener
By MIKE MADERA
Westie Blue
(April 8, 2019)  - After starting the season with a pair of road victories, the West Haven boys lacrosse team was eager to get home to play at Ken Strong Stadium. Unfortunately for the Westies, Xavier ruined the occasion.

Charlie Miller scored the lone West Haven goal as the Westies fell to 2-1 on the year.

Trailing 2-0, the Westies cut the deficit in half  9:12 of the second quarter on a goal by Connor Fowler. Fowler evened the contest seven minutes later.

The Lancers were not going away easily and led 3-2 at the half. The Lancers led 4-2, before West Haven scored the next six times for an 8-4 lead.
Niko Kyle got West Haven within 4-3 with 5:24 left in the third quarter, before Justin Rivera evened the game with under two minutes to go in the quarter. West Haven took the lead for good when Rich Wadeka scored with 48.8 seconds remaining in the third quarter.

The fourth quarter was more of the same. Fowler gave the Westies a 6-4 advantage, and Tyler Moscato scored 44 seconds later for a three goal lead.  Rivera gave the Westies all the insurance they would need with 6:24 remaining for an 8-4 lead.

Kevin Moriarty made 22 saves for West Haven in the win.
​

Westies top Foran
Kyle, Rivera lead the way in 7-2 victory
By MIKE MADERA
Westie Blue
(April 24, 2019)  - The West Haven boys lacrosse team won its third straight contest with a 7-2 victory over Foran in Milford Wednesday evening. With the victory, West Haven improved to 6-2 on the year.

Niko Kyle and Justin Rivera led the offense as each had two goals and an assist. Connor Fowler and Nick Zaino each had one goal and one assist, while Rich Wadeka added a goal, and Tyler Moscato had an assist.

Kevin Moriarty finished with 25 saves in a stellar effort for the Westies, who led 3-2 at the half before going on a 4-0 run in the second half to pull away from the Lions.

The Westies took control of the contest with seven goals in the first quarter.

Needing just 32 seconds, Tyler Moscato gave West Haven a 1-0 advantage, before Connor Fowler took over. The sophomore scored the next three goals, all 2:03 apart, for a 4-0 advantage.

Junior Shane Taulty increased the margin to 5-0, and fellow junior Andrew Newkirk gave West Haven a 6-0 lead less than a minute later. When Taulty scored his second of the game with under three minutes left in the opening quarter, West Haven led 7-0.
Moscato increased the margin to 8-0, Nick Zaino gave West Haven a 9-0 lead with 2:42 left in the opening half, and junior Terell Williams capped the scoring late in the third quarter.

Kevin Moriarty and Anthony Campagnuolo made two saves in goal.