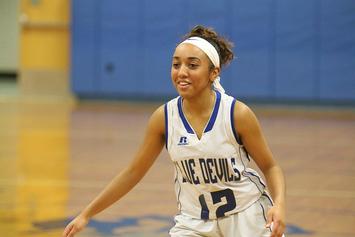 ​​​Slow Start
Westies fall to Cheshire in season opener
By MIKE MADERA
Westie Blue
(December 11, 2018) - The season has gotten off to a slow start for the West Haven girls basketball team.

Looking to start the season on the right foot, the Westies did plenty of good things, but could not take the lead late in the game and fell to Cheshire 48-42 in the season opener for both teams at West Haven High Tuesday evening.

In a game which was evenly matched throughout, West Haven trailed by two after one quarter and four points at the half. Trailing by three points to start the fourth quarter, West Haven could not overtake the Rams.

Mia Juodiatis led Cheshire with 16 points and Kaylee Clark had 14.

In the Win Column
Westies top Harding for first victory of season opener
By MIKE MADERA
Westie Blue
(December 14, 2018) - After falling just short in the season opener, the West Haven girls basketball team is in the win column. With a balanced scoring attack and jumping out to an early lead, the Westies never looked back in a 42-28 victory over Harding Friday evening at West Haven High.

With the win, the Westies improved to 1-1 on the season after falling to Cheshire in the opener.

West Haven scored 26 first half points, including taking a 13-8 lead in the opening quarter. The Westies stepped up the defense in the second quarter, allowing just four points to grab a 14 point lead.

In a low scoring third quarter in which the two teams combined for 13 points, Ny'Aire Serrano scored four of West Haven's points. Serrano and Frazer each scored four points in the final quarter to help West Haven seal its first win of the season.

Frazer led the Westies with 10 points, while Serrano added nine points. Sebastian and Evangelista finished with five points, and Keegan Riccio and Mendez both had four apiece.

Hillhouse rolls past Westies
WH falls to 1-2
By MIKE MADERA
Westie Blue
(December 20, 2018) - The West Haven girls basketball team fell to 1-2 with an 82-35 loss at  Hillhouse Thursday evening. The Academics decided the game early, taking a 23-8 lead after one quarter and a 44-13 lead to the half.

WH falls to Plainville
Early lead not enough in loss
By MIKE MADERA
Westie Blue
(December 20, 2018) - Plainville senior Caitlin Barker understands her team’s offense. She also understands when the 3-pointers fall, the dynamic of the team changes.
Behind 20 points from Barker and a balanced scoring attack, Plainville rolled to a 67-40 non-conference victory over West Haven Saturday afternoon at West Haven High.

“I think we can be very dangerous,” Barker said. “We can all shoots 3’s. When they start to fall, we can light it up. I think when we play together, we can be unstoppable. Once one of us gets going, we all get going.”
The Plainville offense was effective from long-range and in close, hitting nine 3-pointers in the game. While the offense was effective, it was the defensive effort by Plainville which was the key, forcing several first half turnovers by the Westies which led to easy baskets.
“Today was a team effort,” Plainville coach Jessica Neuweiler said. “We put ourselves in good positions. For us, we came out slow. We want to play our style.”
While Barker connected on six field goals and a pair of 3-pointers, Jaida Vasquez had 15 points, Samantha Lozefski added 14, and Tessa Susco chipped in eight.

Brianna Sebastian (2) against Plainville, December 22, 2018. Photo courtesy of Todd Dandelske.
For West Haven, it was all about shot selection and turnovers. With the Westies leading by five points in the first quarter, the shots did not fall and Plainville used runs of 6-0 and 7-0 to take control of the game with a 19-12 lead after one quarter. Vasquez had six points in the quarter, including a key 3-pointer which pointed the momentum in Plainville’s favor.
“We can’t win turning the ball over like we did,” West Haven coach Jessica Moriarty said. “That has been our biggest issue the last couple of games. We have beaten ourselves. We are forcing things instead of letting the game come to us.”
Plainville pulled away for good in the second quarter as Lozefski started with a 3-pointer for a 10-point lead, before a pair of buckets by Ny’Aire Serrano got the Westies within six points. The Westies never got closer.
Lozefski added a 3-pointer, Barker followed with a bucket, and another 5-0 run soon followed as Plainville took a 32-20 lead to the half.
“We are improving each and every day,” Barker said. “We are not getting complacent. We are still building. It is all a process.”
That process has continued in Neuweiler’s third season as her teams have improved from five wins to 11 wins last year, and picked up its third victory in season number three for the head coach.
“We are building,” Neuweiler said. “We are doing what we need to do to be successful.”
Any hopes of a West Haven comeback ended early in the third quarter as Plainville’s pressure was too much for West Haven to handle. When Vasquez sank a 3-pointer and Barker followed with another bucket, Plainville’s lead increased to 19 with 3:30 left in the third quarter.Serrano led West Haven with 18 points, while Natalia Frazer and Davina Mendez each scored six.

With the third straight loss, West Haven dropped to 1-4 on the year.

The Westies chased from the start in the contest as Law opened up a 16-9 advantage, then blew the game open with a 17-2 run in the second quarter for a 33-11 lead.

Davina Mendez (21) and West Haven against Jonathan Law, January 4, 2019. Photo courtesy of Todd Dandelske.
West Haven rallied in the second half, outscoring Law 34-23, including 17-8 in the third quarter, but the damage was already done with Law out to a comfortable lead.

Easties roll past WH
EH posts 75-27 win
By MIKE MADERA
Westie Blue
(January 7, 2019) - The West Haven girls basketball team dropped its fourth straight contest with a 75-27 loss at the hands of East Haven Monday evening at East Haven High. With the loss, West Haven fell to 1-5 on the season.

The Westies never got on track in the contest as they scored six points in each of the first three quarters and trailed early. West Haven was down 21-6 after eight minutes and 45-12 at the half. East Haven outscored the Westies 30-15 in the second half. 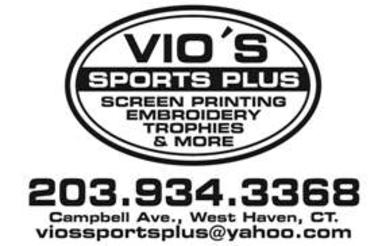 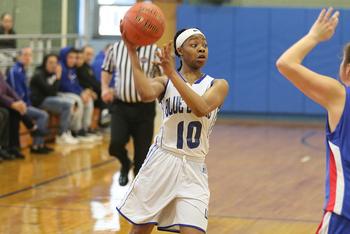 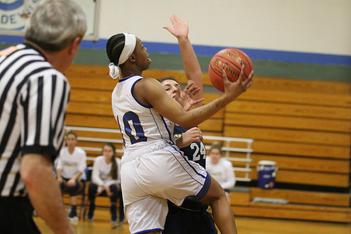 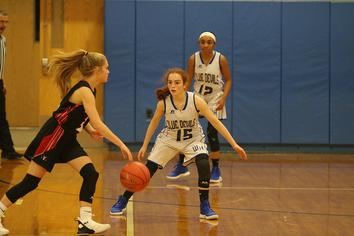 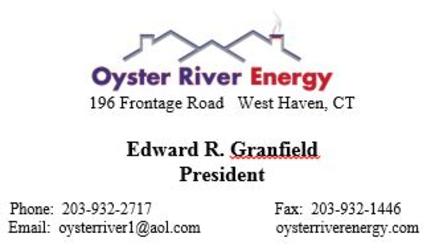 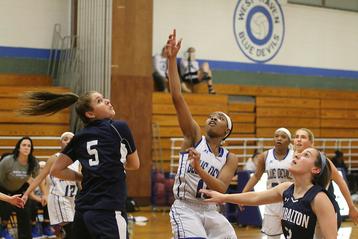 Theresa Lynch was the star for the Trojans as she recorded a double-double, pulling down 13 rebounds and scoring 1 points.
Kailey Lipka led Lyman Hall with 19 points.

Natalia Frazer led the way with 15 points, while Ny'Aire Serrano added 11 and Diamond Dixon had 10. Ten different players scored in the win for West Haven.

The Westies led at the end of each quarter, holding a 14-12 lead after one quarter and a 28-23 advantage at the half. The Westies increased their lead to 41-34 before closing the game with a 13-12 fourth quarter advantage.

Brianna Sebastian added six points in the win for the Westies.

Sarah Evangelista against East Haven, Monday, January 28, 2019. Photo courtesy of Todd Dandelske.
Led by 28 points from Makenzie Helms and nine players in the scoring column, East Haven cruised to a 77-33 victory over the Westies Monday eveing in West Haven. The win was East Haven's tenth straight, while West Haven dropped its third decision in four games.

The Easties (13-1) led by eight points after one quarter, before extending the margin to 35-20 at the half. West haven needed a big third quarter to get back in the game, but it was East Haven which produced with a 31-6 run in the quarter for a 66-26 advantage.

The Spartans jumped out of the gates quickly and never looked back, outscoring the Westies 20-5 n the opening quarter. When Amity went on a 19-8 run in the second quarter, the Spartans led 39-13.

West Haven shot just 7 of 17 from the free throw line.

Trojans top West Haven
Westies fall 60-40
By MIKE MADERA
Westie Blue
(February 5, 2019)  - After stopping its mini two-game losing streak with a win over Lauralton Hall, the West Haven girls basketball team was looking to extend the streak on a positive side. Unfortunately for the Westies, they could not win their second in a row as West Haven fell to Lyman Hall 60-40 on Senior Night at West Haven High Tuesday evening.

With the loss, West Haven fell to 4-12 and is on the cusp of being eliminated from postseason contention.

The Westies were in the game for three quarters, but could not pull ahead as they trailed 16-9 after one quarter and by seven points at the half. The Trojans took a 40-30 lead in the third and never looked back, outscoring West Haven 20-10 in the fourth quarter.

Ny'Aire Serrano led West Haven with 11 points, while Keegan Riccio scored eight and Natalia Frazer had seven. Frazer and Riccio each converted a pair of 3-pointers.

​Hailey Bruneau scored 18 points and Kailey Lipka added 13 to lead the Trojans to the SCC win. ​

Staying Alive
WH tops SHA to keep postseason hopes alive
By MIKE MADERA
Westie Blue
(February 7, 2019)  - The West Haven girls basketball team kept its playoff hopes alive with a 48-47 victory over Sacred Heart Academy Thursday evening in Hamden. With the victory, the Westies improved to 5-12, and kept their slim playoff hopes going as they need to sweep their final three games to advance to the postseason.

West Haven seemingly had the game in control, leading 14-7 in the first quarter and increasing the margin to 26-16 at halftime.The Sharks answered in the second half, particularly the third quarter when they used a 19-11 run to get within 37-35.

Elena Farquharson was the story for the Sharks as she drained 27 points, but West Haven was able to hold on for the victory.

Natalia Frazer was equally impressive for the Westies as she scored 18 points, while Brianna Sebastian, Sarah Evangelista, and Diamond Dixon each scored eight points in the win for the Westies.

Frazer, Evangelista and Dixon each drained a pair of 3-pointers. 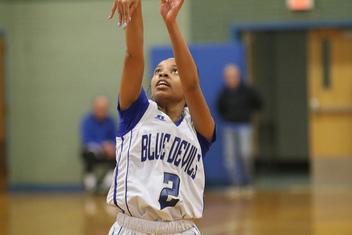 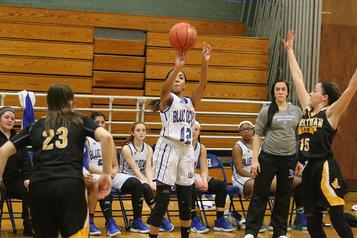 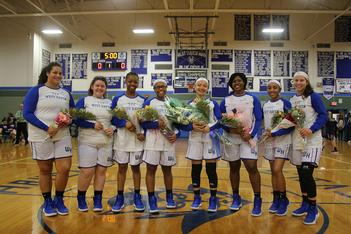 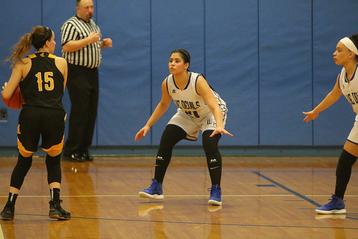 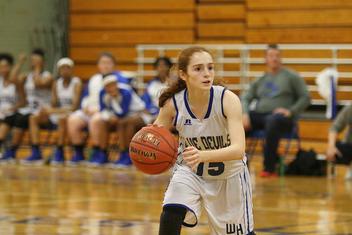 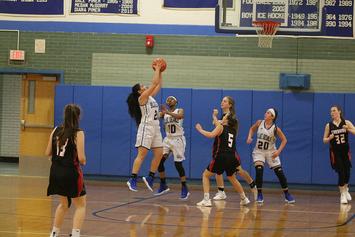 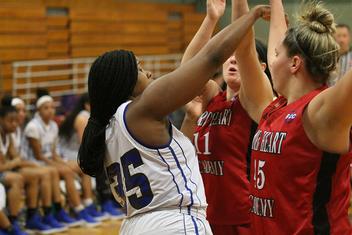 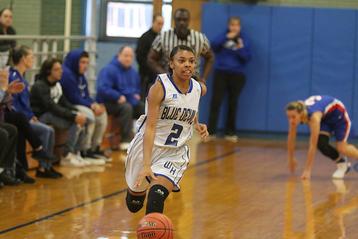