(September 11, 2018) Fall Season - The Elite Soccer Camps Green Beans opened up their Fall season with a 8-6 win over a tough CT Pest Elimination Blue Dragons. Both teams played great, and the game went back and forth. For the Green Beans, Ben Trenchard and Luca DeCrescenzo each netted two goals and picked up an assist, while Matteo D’Elia and Travis Sanders added a to the scoreline. Jax Guarino showed a lot of hustle, and Seth Empric was calm while dribbling the ball. For the Blue Dragons, Jacob Rader, Daniel Castillo and Folake Olorunmaiye all scored, and Roland Green and Jeshrun Polington showed some great defending. Baybrook Remodelers lost their opening game against the Stars Ice Cream Blue Seals 5-0. Despite the score, Alexandria Calvao stayed positive, showed some great leadership, and made some key stops in goal. Lehan Mendoza Castillo played well in her midfield position, helping both offensively and defensively. For the Blue Seals, Marjorie Hernandez-Fortune, Maryangel Crux, Alexandra Ortiz, Nada El Mouki and Haley Colon all played great, while Sarah Montiel was solid in goal.
Cornell Scott-Hill Health Center fell in their first game to Dillman & Dillman Adjusters, LLC, by a score of 7-3. Mollie Germain picked up her first goal, and Joslyn Davila added two as well. For Dillman and Dillman Adjusters, LLC, Stella Porto dominated the game with multiple goals, while Gianna DePino and Cherifa Ouro-Djeri also scored their first goals of the season. Phoebe Dinuzzo displayed excellent footwork.
The WH Professional Firefighters Phantom Grapes dropped their season opener to Milano & Wanat 7-3. Brendan Spreyer and Eddie Fagnani both scored, and Joshua Roman played strong defensive for the Phantom Grapes. The Dillman & Dillman Adjusters Incredibles won their first game of the season 6-3. Liam Lima, Brady Salkins, and Michael Natale all played well for the Incredibles.
The Lions Club of West Haven Red Lions played Elsie Encarnacion-State Farm Insurance, losing 6-5. Bastian Tandazo led the way for the Red Lions with three goals. Jeremy Salas played well overall. Jackson Schoeman played selflessly, with excellent passing and strong defense. Salas and Schoeman each contributed a goal as well.
The Cappetta's Italian Imports Killer Bees had an impressive first game against Top Hat Dance Academy, winning 5-3. Luciana Cappetta, Annabelle Fiorillo and Jocelyn Kenny, all scored for the team, while Kylee McCoart was strong on defense. The Golden Dragons played Porto funeral home, winning 9-4. The team had a great opening game, with Jaden Abekah, Adebanjo Olorunmaiye and Mason Panton all netting goals.
The Oyster River Energy Rockers defeated CDG1 5-2. In net was Sarah Davey, who made several saves on some difficult shots. Mya Ajanaku and Summer Krajcir each scored, while the defense was led by Eveleen Jiang.
The Stowe’s Seafood Gold Fish lost a Great game to CDB1 3-2. Goals were scored by Murtaza Amjad and Justin Gonzalez, with great goalkeeping from Junior Salguero and field play from Brandon Paucar and Nour Boulguid
Gunning Law Firm played Seacrest Retirement Center Saturday morning, with Gunning Law Firm coming out on top 5-4. Great teamwork contributed to the win. Julius Stokes had some amazing footwork that helped the team retain possession. He also did some great passing, as did leading scorer Anthony Villeda. Exceptional defense was played by Nour El Mouki, Marco Antonucci and Jackson Gabriele in the win.
In travel team action, the Elite Soccer Camps U14 girls opened up their Fall season with two games, going 1-1 on the weekend. On Saturday, the girls traveled to Prospect and came home 4-2 winners. Cassie Wadeka and Sophia DeRosa both played well in net, and Ava Murphy and Cecilia Williams dominated the midfield. Julia Tsakonas scored in the win. On Sunday, the U14 girls hosted Milford, and lost a close contest 3-2. Ariana Izzo netted both goals, the second coming from a nice passing combination involving Olivia Trenchard and Emma Walker. Melissa Tsakonas and Camryn Flaherty played hard on defense, and Camryn Beauvais tried to spark the attack late in the game. The Rock House Girls U12 Thunder travel team hosted Milford in their season opener, and lost 6-1. The game was closer than the score shows, as the Thunder missed a few close chances and forced the Milford goalie to make some solid saves. Erika Tighe and Sydni Gayle both recorded some good saves in net, while Isabella Melissano played well on both sides of the ball. The Elite Soccer Camps Girls U12 Lightning also opened this weekend, traveling to Southington Sunday afternoon, falling to the very strong home side 5-1. Alex Nunes scored for the Lightning, and Molly Gunning and Ashlynn Trenchard worked hard late in the game to try and spark the attack. Taylor Guarino worked hard in the midfield throughout the game. Finally, the West Haven Boys U14/15 Travel team began their fall season with their annual game under lights at host Southington Soccer Club at Southington High School. After an early Southington goal, the Westies gained composure by controlling the pace and possession of the game and scored 6 unanswered goals. The game was lead by Mikey Luth in goal making 4 key saves in the second half. The Westies defense was solid from central defenders Collin Charron and David Smith to the outside backs Hamidou Timera, Sean Callahan and Andrew Bello. Diego Soto and Connor Hummel provided key midfield support throughout the game. Munib Kassem scored three goals, Robert Foley scored picked up two, and newly signed. player Zachary Guy added a goal and solid play throughout the game. Giancarlo Esquivel, Sebastian Treat, and Guy provided assists for the Westies in the 6-1 win against Southington. All of our West Haven Travel teams head into the Madison Inivitational Soccer Tournament this coming weekend. Check back next week for game results, and Good Luck Westies! 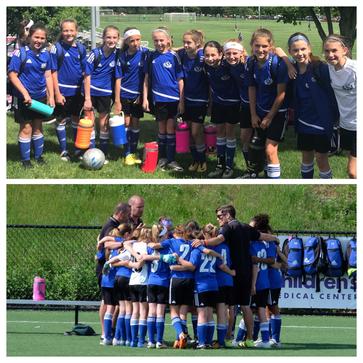 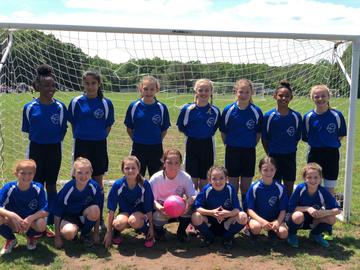 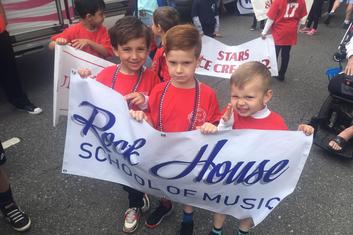 (October 16, 2018) - Although the rain impacted much of the past weekend for the West Haven Youth Soccer League, a travel teams were able to get their games in. The West Haven U11 boys travel team traveled up I95 on Saturday to face Branford in a rematch of the WHIT U11 championship game from the previous weekend. This time the Westies came out on top with a thrilling 3-2 win on a muddy, sloppy Jefferson Field. Sean Studley flicked in the game-winning goal in the closing minutes to cap off the come from behind win for West Haven. The Westies took the lead in the first half on Jovan Lakaj's 20 yard chip over the Branford goalkeeper. Branford tied the game at 1-1 despite the best efforts of Westie goalie Rafi Treat. Treat made all kinds of spectacular saves- diving, leaping, point blank- to keep the Westies in the game in the first half. Branford scored early in the second half before West Haven mounted their comeback. Studely spun in the box and fired to the far post to tie the game at 2-2 midway through the half. Studley then redirected Matt Panton's shot past a diving goalkeeper to ice the win with under two minutes remaining. The West Haven backline of Panton, Nate Charron and Efrain Brown played extremely well throughout the match despite the difficult conditions.
The West Haven U14/U15 boys travel team took to the road for two games this past weekend. The first, Friday night, was a league game under the lights at Breen Field in Naugatuck. The Naugy river ran wild as the hosts outscored the Westies 3-1. The scoreline didn't show the team play and ball possession by the Westies. Naugatuck came out first and scored midway through the first half. The Westies pushed forward and attacked on several occasions. On one attempt, Munib Kassem broke through two central defenders and was taken down inside the penalty box. Kassem capitalized on the ensuing penalty kick and tied the game at 1-1. The Westies had many attempts at goal, but were unable to capitalize and allowed Naugatuck two goals in the second half. On Saturday, the team went up to Madison to play at Salt Meadow Park. Though Madison found the back of the net first, the Westies found strength in the familiar salty air and scored four unanswered goals. Kassem scored first, tying the game at 1-1. Zachary Guy put the Westies ahead with some smooth footwork as he drove past defenders and unleashed a precision shot past the Madison keeper. Collin Charron started the second half in an unfamiliar position at striker. Normally Charron anchors the back line, but his natural athleticism and ball handling skills transferred quickly as he dribbled along the endline and beat the Madison keeper near side to put the Westies up 3-1. Charron was not the only player finding himself in an unfamiliar position. After a solid first half in goal by Mikey Luth, Robert Foley made an impressive return in goal. David Smith, normally a stalwart at the back, found himself at striker, putting in a good showing. Kassem capped off the scoring with a well placed shot from nearly 30 yards out.
The Elite Soccer Camps U14 Girls travel team hosted East Haven late Saturday afternoon. The field was wet and slippery, but the girls survived the rough field conditions to finish the game as 5-1 winners. After going at East Haven hard from the very beginning, the Westies found it hard to find the back of the net early on. The breakthrough came after the 20 minute mark when Emma Walker nailed in a shot and then Julia Tsakonas netted a goal from a great Ariana Izzo through ball that originated with some quick passing and combination play from Olivia Trenchard and Ava Murphy at the holding midfield spot. The Westies kept the pressure on, with Camryn Flaherty and Cynthia Burns looking to make passes forward and get involved in the attack. In the second half, Camryn Beauvais scored off a rebound and Izzo added to the scoreline after dribbling through four East Haven defenders and putting a shot into the upper right corner. Isabelle Nagle, Josephina Lakaj and Abigail Phelan kept the pressure on East Haven's backs late in the game to help secure the win for West Haven.

(October 30, 2018) - Even though the rain washed out any chance of playing any games on Saturday, some West Haven Youth Soccer League teams saw action Sunday afternoon.

The U-10 Girls Travel soccer team won their last game of the season on Sunday, away, in Southington, 5-3.  Goals were scored by Camilla Murphy, Kayci Gayle and three goals by Isabella Antonucci.  Strong defense was played by Amiyah Jones, helping to lead the Westies to an undefeated season.

The Elite Soccer Camps U12 Lightning Girls Travel team traveled to Clinton Sunday afternoon.  The Lightning won 8-2 behind a Jaylyn Powell hat-trick, including a "golazzo" scored directly off of a corner kick.  Jaelyn Beauvais, Cierra Harp, Alexandria Nunes and Chloe Whelan also scored in the win.  Molly Gunning and Aylin Soto were solid in the midfield, playing a strong game and putting their teammates into good positions with well-timed passes.

The Elite Soccer Camps U14 Girls Travel team hosted Orange Sunday afternoon.  Although the Westies dominated much of the first half, they could not find the back of the net.  The Orange keeper made a great save on a Camryn Beauvais shot, and Ariana Izzo saw a couple of well taken shots just miss the goal.  In the second half, the Westies moved the ball better, with Abigail Phelan and Lola DiNuzzo working on the flanks.  Melissa Tsakonas provided great support at right back and Camryn Flaherty did the same at left back.  Late in the game, a beautiful passing sequence involving Phelan, Olivia Trenchard, Brooke Flaherty and Izzo saw Beauvais through on goal. The goalkeeper fouled Beauvais inside the penalty box, setting up Izzo to take the penalty kick.  Izzo calmly put the ball into the side netting to give West Haven the 1-0 lead, which they were able to hold onto until the end of the game.